By swathdiver,
September 25, 2012 in Soulwinning Forum 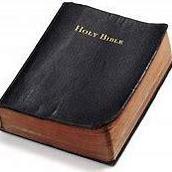 Most Christian boards out there have little to no discernment. They reject the KJB, accept infant Baptism and most even call Catholics Christians. This site seems to be one of the few places left for

...and I count it a blessing! I was a member of the forum 1858remington.com and the enemies of Christ (professing Christians) have banned me for quoting God's Word in the off-topic section. I told

Catholics cannot get no closer to Jesus than 325 to 350.    I'm not a protestant, never have been, never will be, we were never a part of the RCC, we were around when their birth came about.   Che